Holiday in the City...

Monday, Robb and I both had the day off (hooray for bank and government work), so instead of sitting around the house bickering, we decided to go out and bicker.  Actually, we had a lovely time in Chicago.

We took the train in, which is one of my favorite things to do. 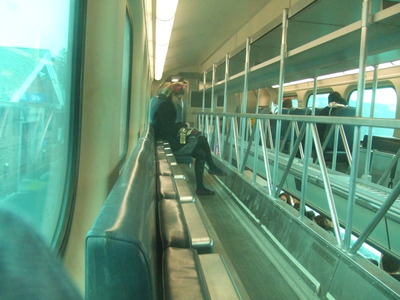 The train windows make for awesome color washes.  It was a long-ish ride, but we got there. 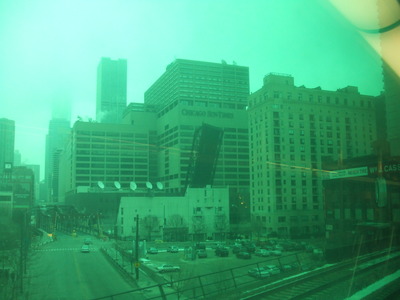 We normally just hop on the el once we get into the city and head on up to Boystown for some thrift shopping and sightseeing.  This time, though, we decided Michigan Avenue sounded nice.  I convinced him to take me to Millenium Park first, though, since I'd never been there in the winter.

We visited the bean; yes, it's overdone, but it's a must. 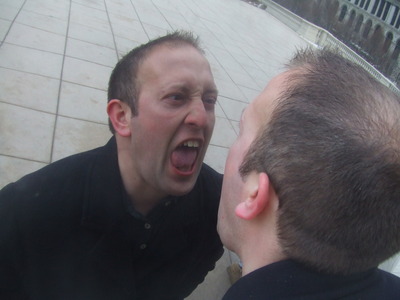 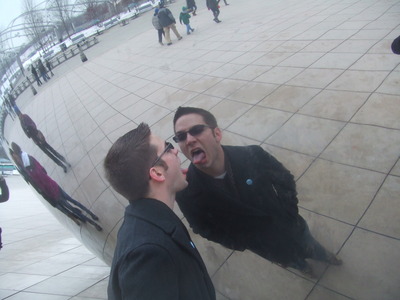 And, of course, I followed suit.  I could take pictures with this bean for hours, but my camera likes to tell me its battery is dead in cold weather, so I stopped.

We watched people biff on the ice skating rink: 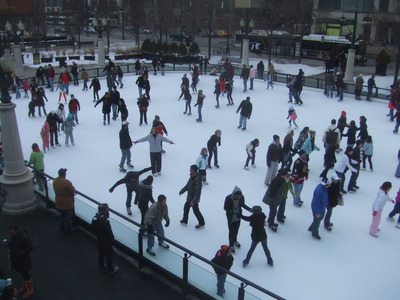 It looks like it was nasty out in this photo.  Winter will do that.  It was actually just a little foggy but mostly blue skies and sunshine over the lake.  There were two hot Navy boys in uniform skating around the rink, too.  We had to stop and watch them for a while.

The boy bought me hot chocolate (which was amazingly good for concession stand quality), and we headed down Michigan Avenue, stopping at the river to take some photos. 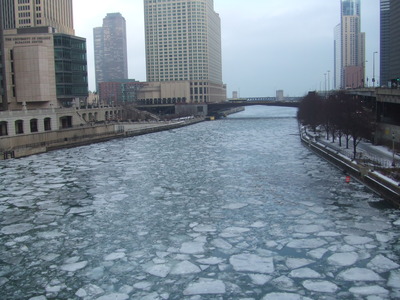 The ice looked so cool all broken up in the river.  There was a surprising amount of trash and goose poop spread over the top, though.

While we walked, I passed something that made me laugh, and I had to go back and take a picture. 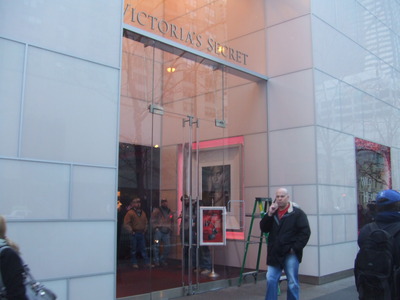 It's the Victoria Secret store.  And look juuuuuust inside the door.  That would be the hetero waiting room.  There were about 6 guys in Carharts and boots just standing in the foyer between the two sets of doors, trying not to look awkward.  Well, epic fail. 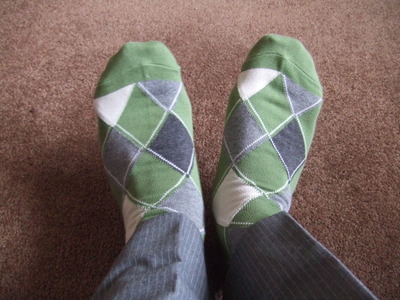 I wore them to work yesterday with my green argyle sweater that the boy bought me for Christmas.  It was out of control.

We cruised Water Tower place, got some free chocolate from Godiva, and saw these: 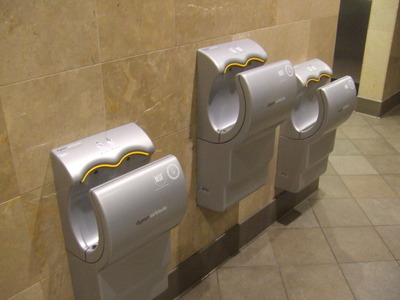 Do they have these in the public bathrooms where you all live?  It's a Dyson Airblade.  You stick your hand in the top and it just blows like hell, and when you hands come out, they're dry.  It takes about five seconds and is AMAZING.  I washed my hands twice just so I could use it again.  I know, I know...I'm a dork.

It was a nice night on the town. 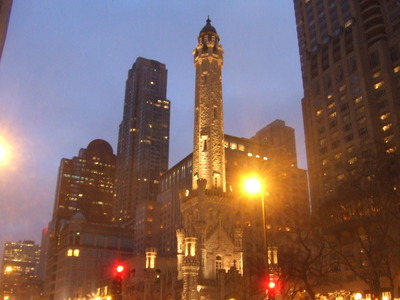 We ended in Boystown at our favorite restaurant:  Nookies.  It's a family style place with great food, great service, and cute waiters.  I love it there!

Posted by Viewtiful_Justin at 10:38 AM

Totally LOVE the socks!
The hand dryer thing is cool. I've never seen one in person but I would sure like to try it!

Thanks, I love them, too! The hand dryer is amazing. Seriously. It's like living in the future.

I loved the bean photos - we've got some steel balls in one of our towns that I blogged about once and I find such things irresitible to take pictures of. Classic socks too. I really enjoyed my day out with you and Robb!

I loved having you with me!

Oooh, lots of fun. Yay for holidays.
We totally have those hand dryers in Minneapolis. They make your skin look crazy as you are drying your hands. Like when you see people jump out of planes and their skin is all silly and smooshed against their face. Cracks me up.

That sounds so nice. Maybe it is time for me to visit the city for a change. I do not like the city, but ususally enjoy a quick visit.

@ erin - DO THEY?! Now I have to go back and see it again! I didn't pay attention to that.

@ human - I love the city. There's so much to do and see, and if you don't drive, it's relatively stress free.