So, I know I said yesterday that I was so sick of talking about jobs.  And I am.  But.

I applied for two bank jobs today.  A friend came through with an unexpected recommendation that went ALL THE WAY to the BANK OWNER!  So, I sent an email with my resume to one, filled out an application for another, and Ka-BAM!  I'm applied.

So, I applied at a different bank today thank the one I sent my resume to, because a friend of mine told me (when I ran into him and his girlfriend at Target last night--random!) that they were hiring.  So, I got an email to take a pre-recorded telephone interview...so I did.  Then HR calls me and asks about my termination from National City (ugh)!  THEN!  The bank manager calls me and asks me to interview on MONDAY!  Woot!  So...maybe something WILL work out!

And then I got a call from the bank I sent my resume to asking me to fill out an application, so I went to a branch and did just that!  It's like I hit the jackpot today...with that and yet ANOTHER Water Guy sighting (he waved at me first!).  Crazy...happy birthday to me!

In other news, it's turning out to be a lovely day!  I got my new T-shirt, and I got my prize from Club Nintendo...maybe I'll model them later.  Sweet.

So, I got all nice and showered (second time today) and put on my cute new shirt. 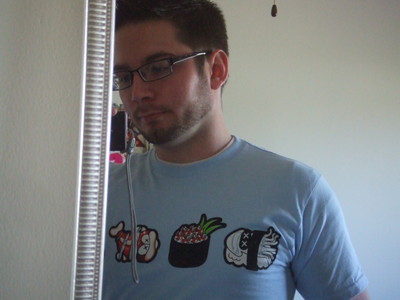 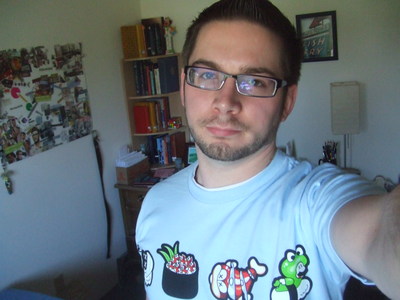 Yes.  That IS Super Mario sushi.  Frog Mario on one end, Blooper on the other, and Cheep Cheeps in the middle.  Amazingly morbid and cute stuff!  Anywho...there's that.  And my Club Nintendo Prize? 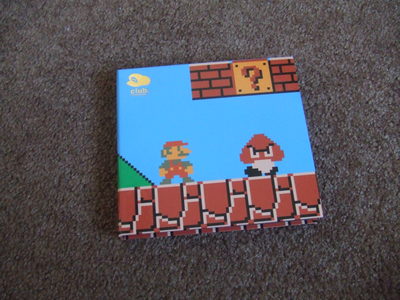 It's a game/stylus holder for the DS, which is LOVE.  And the best part? 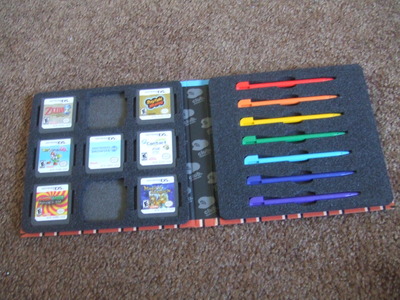 Rainbow stylus collection!  Yessirree!  And now you know what a big dork I am...if you're just joining us.  If you're a long-time reader and you didn't know that...shame on you!

And!  I think it looks nice enough outside that I might be able to slip in a bike ride.

Then?  Tonight my friend Katie is throwing a party for herself and me in celebration of our joint birthday (Sunday the 11th).  So...it's all kinds of great stuff!

OH!  And as an early birthday present, I ran into the Water Guy at Wal Mart last night.  He was browsing video games.  SCORE!!!  Did I say hello?  No...my brain went to mush and my only thought was "FLEE!!!"

Bah...I'll get it right one of these times.

Posted by Viewtiful_Justin at 4:12 PM

Oh, that t-shirt is *great*! I really need to get myself a gaming t-shirt...

The styluses are great, too. And so gay :) What's that DS game in the lower-left corner, BTW? The one with the spiral/swirl on it?

Thanks! And Bryan, that's Mario & Luigi, Partners in Time. What you don't see in there is Mario & Luigi, Bowser's Inside Story and Wario Ware DIY, which I got for my birthday! WOOT!

Lookin' good in the new t-shirt!